Why the UK uses shopping cart websites more than anyone else.

So on the eve of  Christmas (metaphorically speaking at least), a survey from Ofcom suggests that the UK buys the most from shopping cart websites.  The regulator claims their findings show that buying online is a more popular in Great Britain than in all the other major countries. 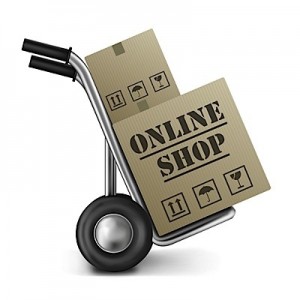 UK shoppers spend £1,083 a year on average on internet purchases. The nearest other country is Australia which spends £842 on average, the regulator said.

Now, the popularity of shopping cart websites probably comes as no surprise at this time of year, particularly if you’ve been stuck in a post office queue, clutching a red card or three. But what is curious is how we’ve taken to it more than any other comparable country. Well, it seems it’s partly driven by our love for smartphones and tablets, as the survey has noted that we’re also downloading more from our phones than anyone else.

Nearly one sixth of all UK web traffic was from mobiles and tablets etc, beating all other European countries, hands free, er I mean hands down.

When it comes to social media, 40% of British adults access their favourite networks on their phone. And if you select a specific demographic of 18 to 24-year-olds (marketing nirvana, I know), the figure shoots up to 62%.

These stats, courtesy of Ofcom’s 7th ICM Report, prove once and for all that us Brits are again leading the pack, rather than being the stick in the mud luddites we’re often painted out to be. But from a personal perspective (and I suspect that of many other males), using Amazon and other UK shopping cart websites has nothing to do with my love for my iPhone. It’s freed me from the hideousness of real shopping.