The Artlab welcomes plans for investment in Manchester’s digital economy

Here at the Artlab, the Manchester roots run deep. That’s why we are pleased to hear that there are big plans in store to further develop the city’s digital capabilities. 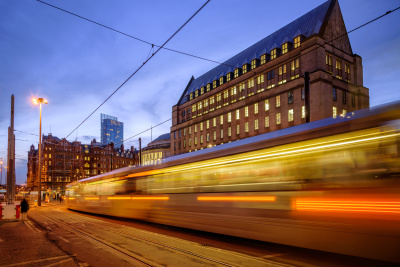 The budget, announced by Chancellor George Osborne last Wednesday included a firm commitment to investing basics in the digital economy in Manchester, as well as the north more broadly.

Central to the plans is the proposed £4M tech incubator to be built in the Northern Quarter which was announced alongside similar projects in Leeds and Sheffield.

Additionally, Manchester is soon to become the home of Tech North, a government-backed organisation that will promote the interests of start-ups in cities in the north of England, similar to the Tech City initiative in London.

Manchester’s digital footprint extends far beyond the Northern Quarter boundary with digital districts dotted around Media City, Spinningfields and even as far out as The Sharp Project in Oldham.

Doug Ward, founder of Tech Britain and head of the Tech City Cluster Alliance in Manchester, welcomed the report and the government’s move.

He said: “This report shows that digital businesses are driving the economic growth of Manchester.

“We have some of the best engineering talent in the world, and international tech businesses are now considering Manchester for their UK headquarters.

“With the local tech community growing quickly, and the recent announcement of Tech North, Manchester is on its way to becoming a top 5 European startup destination.”

The Artlab is one of the success stories of the northern digital boom. Having set up in 2009 we have seen steady year on year growth and continuous development.

Over the last nine months this growth has accelerated. We have gone from a tiny two person staff to a six person team including both front and back end web developers, a copy writer and a social media specialist.

Together, we have expanded our range of services to include things like bespoke digital designs and comprehensive SEO strategies. We have also been busy honing our offering to keep up with changes in the digital sector as well as adapting online behaviours.

With first-hand experience of how hospitable Manchester can be to digital entrepreneurs we wholeheartedly welcome the Chancellor’s proposal. We hope it helps others see Manchester as a land of digital opportunity comparable to the likes of London, Berlin and Dublin.