It’s possibly the last thing the much battered and bruised modern man will want to hear, but regrettably it’s true: Yes, it has to be good. But there’s also got to be a lot of it. 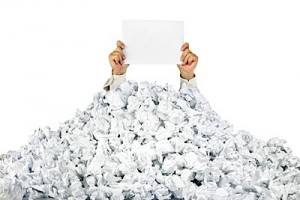 Fortunately we are not talking about horizontal folk dancing; rather, we are in the world of search engine optimised content … and we are talking about words. In the not too distant past, a company website was often designed in Flash and, in itself, that pretty much said it all. The site may well have been animated and colourful, with floating cherubs playing harps and a soundtrack by Phillip Glass. Very clever indeed. Only one problem: You could never update it. And even if you could, it would require an IT whizz kid with the keys to a mystical, secret world within your website known only as the “back end”. And no, we’re not back to folk dancing.

So – your company website looked fantastic… for about a week. And then, slowly, the content cobwebs began to form as the information became out of date, and rather like a shop window you can never change, it all starts to look rather passé – a little “last year”, and then increasingly stale, then stinky, then just plain old. Perhaps you moved office; maybe you stopped providing that service… or you started providing this service; perhaps you had to sue the pants off the company you once used as a gleaming referral. And each time, you had to reach for the phone and dial 1-800-WHERE’S-MY-IT-WHIZZ-KID-AT?

If all this sounds close to my heart, then yes, I speak from experience. I once had the most wonderful website, built in Flash, and rather like the Rik Mayall character from Blackadder (Season 2, episode 1, for reference) my site was “Flash by name and Flash by nature”… although it didn’t brag about a canoe in its pocket and then try to seduce Queen Elizabeth I (again for reference, I direct you to the previous set of parentheses). But then, slowly but surely, with grinding inevitability, I realised I couldn’t change but one button on the billowing breeches that was this Flash website. And certainly not with my particular version of the IT whizz kid (who in “last century” speak we referred to as a “geek”). Even if I wanted him within a thousand miles of my “back end”, I would first have to find out whatever game of Dungeons and Dragons he was involved with, and plead with him to turn off the Marillion LP, open his curtains for the first time that month, and come help me.

Of course there is a happy ending to this particular story, and this is that this enlightened Brave New World Wide Web 2.0 has been about fresh, quality content, as much as flash funky looks. The iPad, for instance, doesn’t even support Flash. And that in itself is interesting because the mobile nature of digital technology has also driven this need for constantly updated information. News media… social media, SEO… it’s all predicated on fresh, updated content, and the same transfers to the commercial sphere. Short story – if you want people to come back to your site, you need to give them a reason; and if you cast your digital fly out into the fast flowing waters of the internet, you need something chunky and enticing attached to the end – a tasty message morsel. A nice piece of SEO content.

Our habits have changed forever – the way we communicate, socialise, entertain… and do business. The mobile phone company Three recently conducted research that found 29% of people check their devices (and no, we’re not back to solipsistic folk dancing) before they even speak to their partner in the morning. 53% of 18-24 year olds – the youth demographic driving this step change – went further and said their smartphone was actually the first thing they looked at in the morning. Mere months ago, getting the weekend papers meant physically getting up and going to the cornershop. Now you can yawn, smack your lips a few times and check the headlines on Apple’s Newsstand App, or Google’s Currents.

This hunger for “new” news and content, this thirst for the immediate has, of course, influenced how businesses have developed and managed their digital marketing strategies, basing their plans around quality SEO content. In fact, the phrase content marketing crops up a lot more these days than of course it did when we were first preaching its SEO virtues. Both in terms of reaching out (outbound marketing), and drawing people to your site (inbound marketing), both rely on continually refreshed content. Whether it’s chunkier copy, such as the website itself, blogs or feature articles, or snappier pieces – news, RSS feeds, socially-networked or SEOd messages, it all comes down to words. And in a time-squeezed environment, putting pen to paper… or finger to keyboard… can often be the last thing on an executive’s mind.

And that is why a company like The Artlab exists – we know that despite all this digital daydreaming it will always come down to finding the right words, the right way to use them, and the momentum to keep the linguistic flow going. For all these reasons we will always need writers, quality SEO copywriters at that. And those writers will always need a dictionary. Or, in the argot of Blackadder, that “big papery thing tied up with string”.