Is that mp3 player really all it's cracked up to be?

How do we stop fake reviews?

Fake News.  We’ve all heard about, we’ve all read about it: In real life, is Donald Trump actually orange?  Is the Queen made of jam and does she really talk to trees?   How on earth can we trust that the ground beneath our feet is, in fact, the ground beneath our feet?   Is the earth flat, or round?  The issue is that in previous years you would be in your local pub and someone – probably Unusual Alan – would tell you these goofy things, after which you would be quite within your rights to pour your half of mild over his head and tell him to stand in the corner with a lampshade on his head.  But these are different times.

This is the internet, on-line age.  And the game has now been upscaled so that even the most media and tech savvy amongst us are thinking: but… hang on… is it… can it… maybe The Queen really is made of jam?  At least it said so, on an Amazon review of Robinsons strawberry preserve.

This is the era we live in… when so much digital muck is flung up against a virtual wall that we don’t know truth from fabrication, right from wrong or, in all probability, up from down.  And that is the beauty of it.  It’s digital obfuscation or, in sporting parlance, someone is running diversion.

For example, we can turn to Amazon, as digitally impenetrable as its rather more organic namesake.  And here we are all culpable.  We all check reviews of Amazon products, trusting them to the same extent as the wise words from Great Aunty Bertha, relying on that advice – trusting in that advice – to drive our purchasing decisions.  And yet… it is increasingly reported that many retailers are simply buying and posting fake reviews from nefarious third parties.  WHAT, you cry… you mean this Bluetooth speaker won’t actually make me life finally complete?  Yes, I’m afraid that it will not. 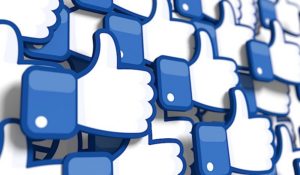 Many of these fake reviews are arranged via Facebook.  You may well have seen Mark Zuckerberg dragged before the EU Parliament in May of 2018 and that was, in part, to answer just these sorts of questions.   Retailers find their patsies via Mark’s little black (Face)book, people willing to give glowing reviews in return for cold, hard cash.  It’s all about prominence, and using positive feedback to push your way to the front of the Google queue.  Fake news; fake reviews… it’s all part of the same problem.  In some instances where this was investigated it was found that the majority of the reviews were actually fake, all influencing buyer choices; in nearly all cases, such reviews are in breach of Amazon’s own rules.

At the moment, Amazon is simply relying on voluntary reports of such activity, without the necessary wherewithal to police what may appear as genuine unsolicited reviews, although there are also reports of court cases starting, in some more obvious instances.  With the likes of Mr Zuckerberg increasingly called upon to answer for his actions, maybe more action is now being taken.  If we can just get Jeff Bezos back from space and onto terra firma, he might also do the same.

If not, one can only imagine where this madness will end.  Because that end point is not at fake reviews, I’m afraid.  There are even reports of the deliberate manipulation of Google maps.  So who knows… maybe ‘up’ really is ‘down’… maybe the earth really is flat.  As the Flat Earth Society itself recently reported, they have increasing numbers of followers… from all around the world.