8 Marketing buzzwords to avoid in 2013

It was said that 21st December 2012 didn’t actually herald the end of the world but in fact foretold a changed, brighter future. A new beginning, a time for hope………… a time to rid the world of marketing ‘buzzwords’.

Marketers (and to be fair many other business sectors), presumably aggrieved that the legal industry got its own language with which to alienate people with and ringfence their livelihoods, decided to big themselves up by inventing their own words, mutated from our once beautiful language.
It meant that, as solicitors and financial advisers so often do, advertising agencies could simultaneously impress and confuse a potential client with a strange and glamorous language, leading them into a bewildered purchasing decision. But as a new year is upon us, there’s no place for this twisted form of bamboozlement and one-upmanship. So, after a quick straw poll around the office, here’s the Artlab’s target buzzwords to be banished in 2013.

1. Leveraging
On the face of it, this seems pretty innocuous. It was originally created by the financial industry but, as an actual word, it’s nonsense. Leverage is a noun, levering is a verb. Leveraging appears therefore to be some awful transmogrification of the two by our American cousins across the pond. Consequently, it doesn’t evoke images of brave, marketing go-getters in a boardroom, devising the latest search engine optimisation strategy. More someone trying to prise the lid off a paint tin.

2. SEO ninja
Whilst I’m not in the habit of disparaging my own colleagues, this phrase is pretty much the dictionary definition of oxymoron. But if anyone out there takes exception to this and feels that the term ‘ninja’ perfectly describes their approach to modifying page titles and meta data, let me clarify the difference: 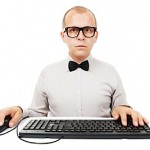 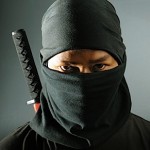 3. Bricks-and-clicks
Do you have a building? Cool. Do you also have a website? No way! Then you need this phrase in your life. (Also see clicks and mortar).

When I were a lad, atomisation was what evil spacegun-toting geniuses threatened Earth with. These days, it refers to taking the individual components from a piece of content and spreading them across different marketing channels. Yikes.

6. Game changer
My personal favourite. Utter meaningless nonsense devised purely to sound impressive. You can find this lazy phrase in inane tweets and LinkedIn posts from business people desperately trying to sound like they ‘got it goin on’.

7. Emotional bandwidth
I don’t know where to start explaining this one, but if the Daleks ever get hold of it we’re all doomed.

8. Mission critical
Along with (insert marketing role) Ninja, this has to be the most desperate attempt to cool something up. “Aligning our Pinterest campaigns with established SEO synergies is going to be mission critical in 2013!” Sure. Why not top it off by adding camouflage to your screensaver.

Of course there’s a lot’s more worse than this (‘Open the Kimono’ for one) but we were in danger of becoming an office in rant so I’ll sign off with a final thought from a US web developer I stumbled upon (check out his buzzword generator).

“The profits of any company shall be inversely proportional to the number of vague industry buzzwords used in its mission statement. Special profit deductions given for turning nouns into verbs, as in ‘productize.'”