Last Wednesday, Twitter announced to the world its latest micro-communication offering – Vine. It’s an application that’s kind of similar to Instagram, in that it’s a visual social media platform. The difference is that it’s video. With a six second limit. 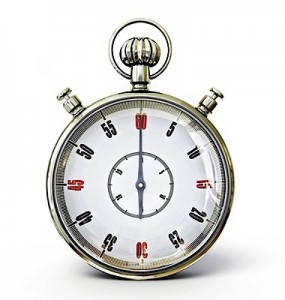 Yes, six seconds. Not a lot of room to to do anything meaningful is it? Well, maybe that’s the crux of it. Already those sectors that jump all over the latest social media creation because its, erm, the latest social media creation, have decided that its strength is in that tight constraint – squeezing the very creativity from you. The fashion industry certainly seem to have taken to it particularly quickly and, given the likely nature of their communications, the time limit is probably a blessing in this instance.

There was no explanation from Twitter in why they’ve decided to have such a short video limit but it follows that they’re just trying to stay true to their concise communication ideology, started seven years ago. if you consider the context in which Twitter itself launched seven years ago. In a pre-Twitter world, blogging was a more common way of posting news, info and general spleen venting. But these posts could be quite lengthy. Twitter brought about a shorter, more frequent and freer way of posting. As video marketing becomes more and more accessible to just about everybody with an average phone, it seems likely that people will use it more and more to communicate with one another.

From a personal/social perspective, its easy to see how you could have some daft fun with it. But how could you use it for business? We’d love to hear any ideas you have but here’s a few top of the head thoughts to get you started:

It’s  odd that when you put your mind to it, there seems plenty of applications after all. But it’s the most creative uses of Vine that will catch our attention. Watch this space.